Civilians are featured in all Crackdown games. In each game, they can be killed, but it reduces the skill that the player used to kill them. The Agency Director will angrily tell the player to stop killing the civilians, and if the player continues, the Peacekeepers will consider the agent a threat and attempt to kill the agent. In the first Crackdown, the civilians are made up of different cultures and speak different languages. La Mugre plays host to predominantly Hispanic civilians, who speak Spanish. The Den has citizens of Eastern-European origin, who speak a presumably Slavic language. The Corridor plays host to typical American-esque civilians, who speak English there are some citizens that are hostile when being attacked by enemies or general locations. However, in Crackdown 2, all civilians appear to speak English and have a predominantly American-like culture. Some civilians can also be found using certain types of guns, such as the Ingalls XGS.

These are Civilians who walk around doing there business.

Hostile Civilians are Civilians who attack the Gangs and sometimes Peacekeepers if they accidentally shoot or run over a Civilian they also attack other Civilians if they accidentally run over other Civilians they will pick up any Weapon they find dropped by either Gangs, Peacekeepers, or Agents to use they're useful sometimes for Agents since they're mostly friendly to the Agent if they don't attack them, other civilians, or has a Agency hitsquad.

Guerra Members are unique Civilians who work for Los Muertos at Guerra's Night Club these are the only Hostile Civilians who can also be killed by the Agent and won't get a warning from Director when Guerra is dead or the place is taken over by Agency they will disappear unless you bring the gangs back to life.

where the subject walks around doing his/her day to day business. The subject may distract a freak by taunting the target if there is an agent fighting freaks nearby or may flee from the fight.

where the subject drives a vehicle.

where the subject advertises weapons, transport, cars, or "Freak Safaris".

where the subject is armed usually with an Ingalls XGS and will shoot nearby freaks or the agent if it kills a civilian nearby. It is assumed the armed civilian are paid bodyguards for the advertising civilian they also drive Tow Trucks at night with Hunting Civilians.

where the subject mans a turret machine gun on top of a Cell Tow Truck that shoots at freaks and sometimes Cell soldiers, while two or one Armed civilians follows the driving civilian behaviour mode. If the driver is absent, the civilian manning the turret will assault any freaks or Cell nearby. If the gunner is missing, the driver acts like a panicked driver but does not try to drive away from the danger, instead stays idling in place.

It should be noted that all subjects enter a "Panicked" behaviour mode when threatened or startled, whereupon subjects flee the source of the danger as quickly as possible.

When panicked, civilians will attempt to flee from the danger that startled them without notice of that action may result in death or injury.

In Crackdown 3 civilians act similar to the first game nothing much has really changed.

Civilians who walk around New Providence.

Civilians who drive around New Providence.

Civilian Militia are a Civilian Faction that replace the Peacekeepers in Crackdown 3. 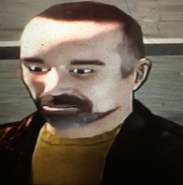 Close-up of a male civilian of the Den in Crackdown. 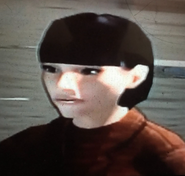 Close-up of a female civilian of the Den in Crackdown.
Community content is available under CC-BY-SA unless otherwise noted.
Advertisement