Grenades are the most common explosive device in Pacific City. They are used to destroy vehicles or a large group of enemies. Using grenades boosts your Explosives skill.

In Crackdown the Grenade is the first and most common explosive when you start the game it may not be the best but it is good useful early in the game The Volk use this Explosive.

The Grenade acts the same as it did in the first game nothing has really changed for the explosive except the Model Peacekeepers and Most Cell members use this Explosive except elite soldiers. 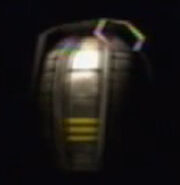 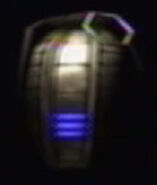